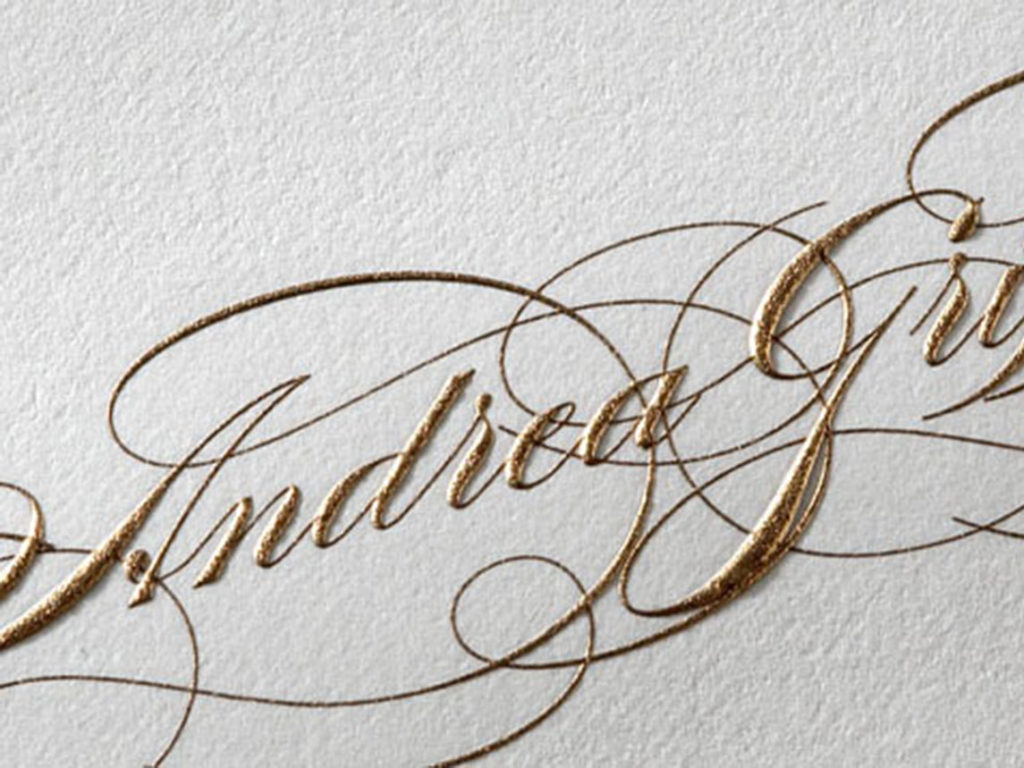 There is something exquisitely special about an engraved piece of stationery. Just ask any fan of Downton Abbey or, well, anyone who is reading this blog right now.

Whether one considers a handwritten note or invitation a nostalgic luxury he or she refuses to give up, or simply a staple of any proper stationery wardrobe, all would agree that engraving is the grande dame of printing processes.

And so, we went on a mission to piece together the history of engraving. There is, we found, quite a bit of information available on the engraving of images, which goes back a long, long time: cavemen did it; so did the Egyptians.

But we were more curious about that point in history when someone thought, My, wouldn’t this piece of paper that I’m sending look so much lovelier engraved?

“In the 16th century, there were penmanship manuals rendered in engraving,” offered Andrew Raftery, a professor at the Rhode Island School of Design who specializes in printmaking. “Calligraphers would use the manuals as guides for elaborate fonts, flourishes, lines — things they could do with quill pens.”

Printed in The Netherlands, these guides, Raftery said, may have been the leap between engraving and writing. Around the same time, any text engraving that would be included along with an engraved image would be done by a specialized writing engraver.

According to Raftery, it was this type of engraver who was used for family crests and book plates. The latter was tucked into the cherished books of aristocrats to identify from which family it came, and so each was engraved usually with the family crest and a motto in Latin.

In the 19th century, the process of engraving became more automated. Instead of having to be wiped of ink each time, the plates used could now be bent over a cylinder. Also, instead of copper, the plates could now be fashioned out of steel, which meant they lasted much longer.

The simplifying of the engraving process coincided with both the advent of the calling card and banknotes and currency. In 1879, Crane & Co. signed their first contract with the U.S. States Bureau of Printing & Engraving to print our currency.

The process hasn’t changed much since then, and a Crane & Co. engraver still puts a magnifying glass up to his eye, etching tool in hand, to make sure each letter, number and design is perfect on the plate, which each client receives with his or her order to be used in the future, or tucked away for posterity.

It is a touch that becomes rarer and rarer in this day of brevity and immediacy. However, engraving will always be a coveted form of communication, Raftery believes.

”Interestingly enough, where I teach, there is a great resurgence of interest in engraving,” Raftery said. “For people who recognize quality, there is nothing exactly like it.”

Have more questions about engraving? Email our Crane Concierge at concierge@crane.com.

The Holidays With Sita 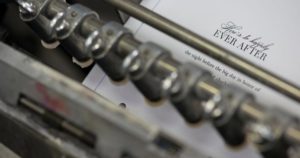 Op-Ed from Crane's CEO: A Love Letter to the Handwritten Word