First impressions are everything, and the introduction to your Big Day is no exception.

Choosing the right wedding invitation does so much more than give your guests the vital information they need to attend: it sets the tone for the wedding itself.

The invitations you choose should reflect the personality of your ceremony and reception.

For example, an invitation with and intricate engraving would seem a strange choice for a backyard barbecue, while might clash with a smart black tie affair.

At the heart of it, your wedding invitations are a statement about who you are as a couple. In the build-up to one of the most important days of your life, sending perfectly-pitched invitations is a chance to express your joint style and character – the essence of what makes your partnership unique.

Let’s get started exploring the options shall we?

Decisions on the Cards

Color is, of course, an area of personal preference. For your invitations, choose a color palette that reflects the wedding you’re planning, and don’t be afraid to let your personality shine through.  For some inspiration on this year’s top color choices, these gorgeous hues curated by Azazie Wedding Blog won’t lead you astray.

Formal wedding invitations are traditionally printed on either ecru or white paper. Ecru is the color you may know as buff, cream, ivory or eggshell.  While tradition focuses on these neutrals, paper colors can hint at the tone or theme for the big day.  Beachglass blue is a lovely choice for a nautical or beachside wedding, whereas blush can set the tone for a romantic affair, or grey can offer a sophisticated modern vibe. Ultimately paper color should speak to your own style, so if bright orange has special meaning to you and your future spouse, then by all means go for orange.

Invitation size and shape can also help set the right tone for your big day. Traditional rectangular invitations come in several sizes: embassy invitations, (7 ½inches by 5 ½ inches) are a classic and popular choice. Slightly larger Royalty invitations (6 3/16 x 8 13/16 inches) can make a grander statement. Marquis square invitations ( 6 3/4 x 6 3/4 inches) can offer a contemporary touch. Oval shapes are an option fit for the most classic of fairytale affairs. Technological precision can also turn the invitation itself into a work of stunning design, with an array of laser cut patterns.

As for your lettering, formal wedding invitations are engraved in black ink. However, as with your paper tone, your choice of inks is an opportunity to be creative – especially if you are personalizing your invitations with handwritten names. Express yourselves by incorporating colors that reflect the season or feel of your event, or to co-ordinate with the wedding’s color palette.

Using multiple colors can be a way to add visual appeal or draw attention to the most important details – like the bride and groom’s names!

The printing process for your invitations can’t be overlooked – there are several options to choose from.

Combined with the gorgeous textures of our premium papers, an engraved invite presents a pleasing juxtaposition – the hard, sculpted lines of its script indented against the softness of the material, literally raising the paper between the words to sumptuous effect. For a statement that soothes the senses and leaves a lasting impression, engraving comes highly recommended.

For a more relaxed, modern style, consider letterpress invitations. This style shouts contemporary sophistication, and works especially well for a color palette or design rich in color. As the name suggests, your ink on your invitations will literally be pressed into place by a letterpress plate, giving the wording a sunken quality that’s quite lovely.

Finally, thermography may be the choice for you if you don’t want to splash out on engraving. This technique uses a powder to find a balance between the elegance of engraving and more modern styles. It’s capable of creating some truly stunning thermograph wedding invitations.

Find out more about printing options, when to order and send your invitations, size and lettering style in our FAQs below.

The last of the major considerations when choosing the perfect wedding invitation should be paper.

Generally, we associate paper with trees and their wood, but the finest paper is actually made from cotton – Crane’s specialty.

The main difference is found in how cotton paper feels to the touch. Run your fingers over a cotton wedding invitation, and you’ll be instantly struck by the soft, luxurious and rich texture – truly a special detail that will strike your guests when they open their envelopes.

Further, cotton papers don’t decompose. That means your wedding invites will still look as glorious on your golden wedding anniversary as they did on the day you sent them. For a distinctive, sustainable paper choice that will make your invitations stand out from the crowd, cotton is hard to beat.

Where our papers do use wood, in the William Arthur range for example, we ensure manufacture is completed to exacting standards using only the finest hard and soft wood fibers, carefully blended to provide the soft feel, creamy texture and substantial weight associated with fine stationery and invitations.

Have you received wedding invitations that arrived inside of not one but two envelopes and wondered why? This is a holdover from a prior age when mail was delivered by the pony express, and could arrive at its destination looking a little weather worn.  Instead of walking a muddy envelope into an elegant drawing room, the outer envelope was removed to reveal a perfect one inside. Inner envelopes are generally addressed with just the names of the recipients. This custom is rarely used in everyday correspondence anymore, but it remains the standard for formal wedding invitations.

Envelope liners are another way to add an extra wow factor.  Available in a wide range of stunning papers from delicate tissue, to rich Florentines and elegant pinstripes, liners can help tie together the invitation design.

Want to keep it simple, but still incorporate something special? Ribbons are a classic choice for wedding invitations, conveying the festive nature of the occasion. Hand-tied one at a time, they can add a distinctly personal touch that’s sure to impress.

When should I order my wedding invitations?

At least three months before your wedding. This should leave you enough time for printing, addressing and mailing. 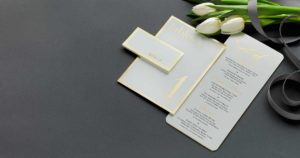 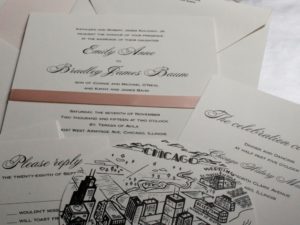 When should my wedding invitations be mailed? 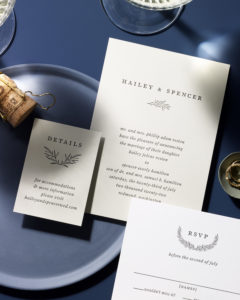 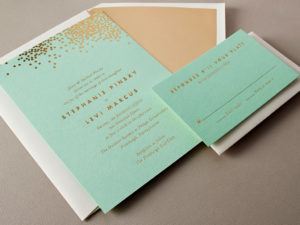 Where should I purchase my wedding invitations?

There are many places that sell wedding invitations, including stationery stores, department stores, independent design boutiques and websites. Look for a stationer who has expertise and pedigree in selling wedding invitations, and is happy to work with you to create something truly special. 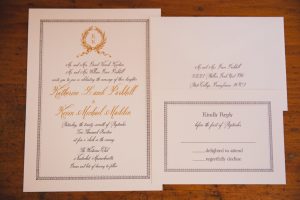 Finding The One (Wedding Invitation): Kate and Kevin

How do I choose a lettering style?

Look at sample invitations. Since traditional invitations all follow the same format, yours will pretty much reflect the sample. The lettering style you choose should express the formality of your wedding and your personal taste. Classic lettering styles, such as Royal Script or Shaded Antique Roman, are the most popular and always in good taste.

What printing process should I use?

There are several printing processes you can choose from, depending on your style and budget.

The grande dame of printing processes is engraving. Engraving is one of the oldest and most beautiful processes for reproducing images on paper. Developed during the 1700s, it was initially used to reproduce the documents and announcements that were copied by hand at that time.

The appeal of engraving was in the exquisite detail created by its three-dimensional impression. Engravers were talented craftsmen who carried their trade from the Old World to the Americas. Their craft was not only used to produce stationery and announcements but also currency papers, such as stocks, bonds and dollar bills. Two of the United States’ most famous engravers were Paul Revere and Benjamin Franklin.

The most elegant invitations are still engraved. The invitation copy is etched in reverse into a copper plate, and ink is deposited into the resulting cavity. The engraving press then forces the paper into the cavity, creating a raised impression.

The easiest way to tell if an invitation is engraved is to turn it over. If there’s an indentation, it’s engraved. The indentation is caused by the pressure the engraving press exerts on the paper when it forces the paper into the cavity of the die. None of the other processes produce an indentation like this.

When you look at the front of the indentation, you’ll notice its ‘bruise’. The invitation will have a gentle wave or ripple to it, giving it a look of distinction. Run your fingers across it. You’ll feel the softness of the cotton paper interrupted by the sharp, crisp lines that can only be created by engraving, as the paper is literally raised with the ink adhering to its raised surface. The fact that the paper itself is raised is what distinguishes engraving from printing and thermography.

Which leads us to our next printing process, thermography. Thermography is sometimes called ‘raised printing’, although the printing is not raised at all. Unlike engraving, where the paper is actually raised, the raise in thermography is created by a resinous powder that is melted over the flat-printed ink. Thermography is less expensive than engraving and can give your invitations a look similar to, but not quite as distinguished as, engraving.

Another choice is blind embossing (or just ’embossing’). It’s a process similar to engraving. As with engraving, a raised impression is created from a copper plate. Unlike engraving, no ink is used. Blind embossing is commonly used for a family coat of arms, the return address on the outside envelopes, and monogrammed thank-you notes.

Letterpress is also an option. It’s a more casual style and has seen a recent resurgence, with independent letterpress printers popping up all over the world. Developed in the 14th century, letterpress printing involves setting type and motifs in reverse on a letterpress plate. The plate is then inked and pressed onto the surface of a paper. You can tell if an invitation has undergone this printing process by running your fingers across the paper and feeling for depressions where the letters have been — you got it — pressed.

Finally, there’s foil stamping. What makes this process different from all the others is that it doesn’t use ink. It uses — yep — foil. Like engraving and letterpress printing, a plate is made. Then, the foil is pressed between the paper and the plate. Because of the metallic quality of most foils, this printing process allows your invitations to quite literally shine. 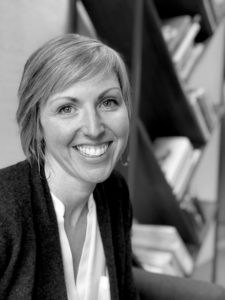 How much postage will my wedding invitations require?

The invitation’s size, the number of enclosed cards and even the humidity affect the postage. To determine the correct postage, have your invitations (including the stamp on the reply envelopes) weighed at the post office from which they will be sent.

How much money should I expect to spend?

Cost will depend on the quality of the invitation, the number of enclosures and the quantity ordered. When selecting your invitations, it’s important to remember that even though the invitations set the tone for the entire wedding, they comprise, on average, only about 2% of the wedding’s total cost.

No matter how much money you save by purchasing inexpensive invitations, it will be a tiny amount in relation to the overall cost of your wedding. 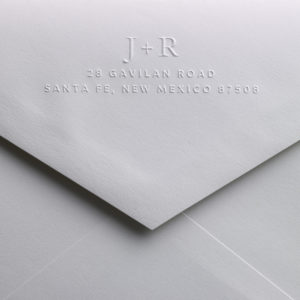 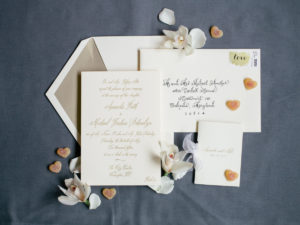 Real Weddings: An Invitation Inspired by Something Borrowed